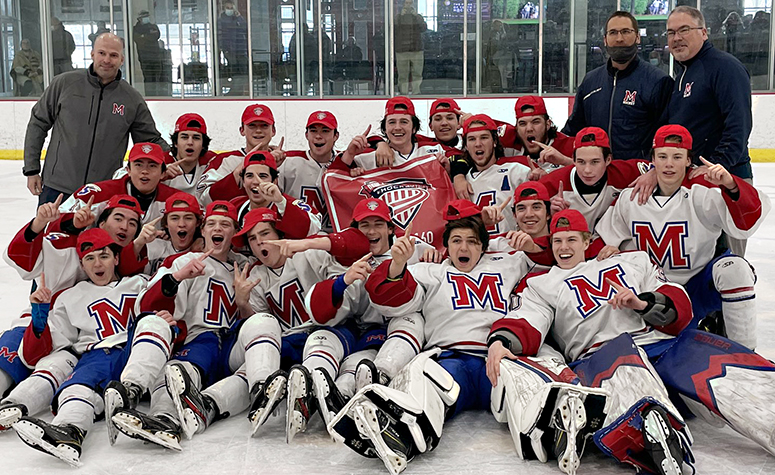 EXETER, N.H. — Mount Saint Charles outscored its opponents 44-8 en route to winning the 16-U division at the New England District Tournament at The Rinks at Exeter.

Mount Saint Charles defeated Mid Fairfield, 6-4, in the semifinal and South Kent Selects Academy, 6-2, in the final. Devin Rask’s team had the best prospects in the tournament, headlined by forwards Thomas Trunda and Cam O’Neill and defensemen Ben Robertson and Seth Constance.

Maine Nordiques, Seacoast Performance Academy, Northern Cyclones and New Hampshire Avalanche were the other teams in the New England District 16-U Tournament. While Mount, Selects Academy and Mid Fairfield had the most well-known prospects, the other teams had some players to watch. Notably missing from the weekend was Seacoast center Alex Weiermair, an NTDP candidate who was out due to a COVID-19 related issue.