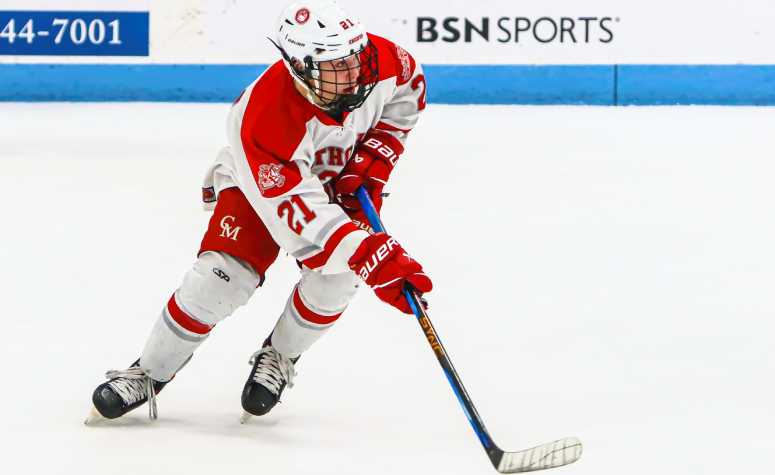 With the 2022-23 Massachusetts Interscholastic Athletic Association hockey season well underway, there hasn’t been a lot in the way of surprises.

As predicted, defending state champion St. John’s Prep has shown no signs of slowing down or giving up its throne. Through the first seven games, the Eagles have yet to lose a game in regulation. The only setback came in an overtime loss against Catholic Conference foe BC High in the first round of the Pete Frates Winter Classic.

Kristian Hanson’s team has its eyes set on a repeat come Sunday, March 19 at the TD Garden. At least through a month, it seems obvious that there is a clear-cut top two. In addition to SJP, Catholic Memorial has established itself as a prime contender.

There isn’t a lot of depth in the Division 1 field this season, but there are a handful of challengers posing the most significant threat to St. John’s Prep, including the aforementioned Knights.

As usual, the Catholic Conference and Middlesex League have staked their claim to being the top conferences in the MIAA.

Here’s a look at the 12 teams most likely to be the final one standing when the high school hockey season concludes in March.