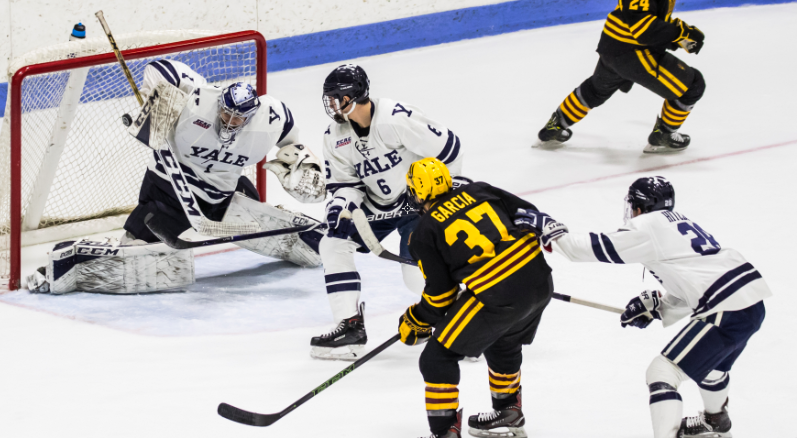 Perseverance has paid off for Loomis Chaffee senior Reilly Connors.

On Wednesday, the 2000-born forward from Madison, Conn., announced his verbal commitment to play college hockey at Yale University.

Connors wasn't much of an offensive producer in his first two seasons playing prep hockey for the Pelicans. He registered just two goals and five assists in 26 games as a junior in 2017-18.