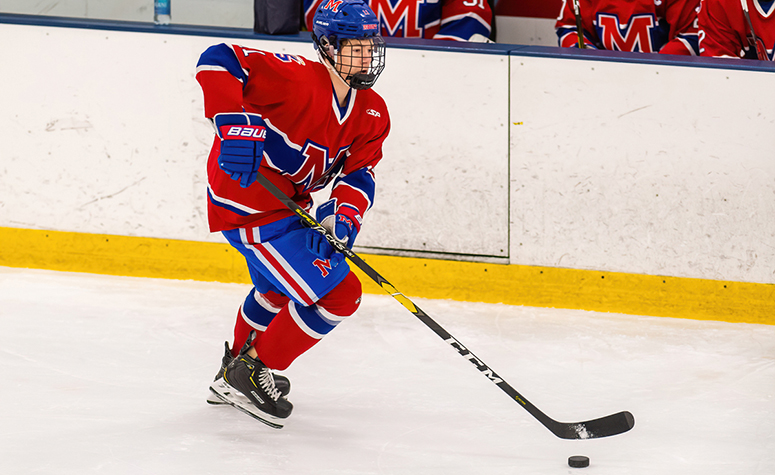 Bow, N.H., native Nate Benoit was chosen by the Minnesota Wild in the sixth round o of the 2021 NHL Entry Draft. (Dave Arnold/NEHJ)

Even after the craziness of the past year and the stops and starts as a result of the pandemic, you won’t hear complaints from Mount St. Charles Academy 18-U defenseman Nate Benoit.

On July 24, after sitting through hours of tedious selections at his family’s Bow, N.H., home, the North Dakota commit was selected No. 182 overall by the Minnesota Wild in the sixth round of the 2021 NHL Entry Draft.

“It’s unreal,” Benoit, 18, told New England Hockey Journal. “It’s something you’re always working toward and it’s always in the back of your mind, but when it actually happens, and it’s finalized, it’s something that I still haven’t even gotten used to yet. It’s hard to realize it’s real. It’s just such an awesome feeling.” Analysis: Why some New Englanders fell in the 2021 NHL draft

Seven players from New England were selected at the 2021 NHL draft that took place over the weekend. Michigan center Matty Beniers of Hingham, Mass.,…
Read More The New England region had a relatively quiet day two of the 2021 NHL Entry Draft, with five local players selected between rounds 2-7. The…
Read More
Advertisement