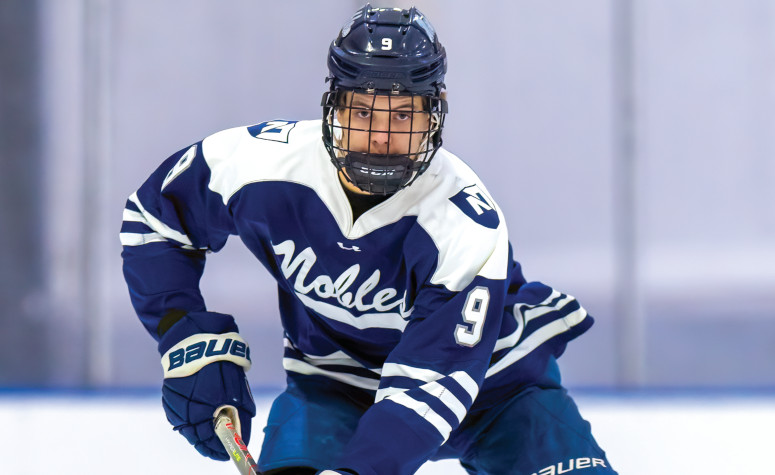 The old adage “success doesn’t happen overnight” can be applied in all areas of life.

No matter who you are, where you start, or where you end up, it takes years before achieving any type of legitimate success. Even more important than a dedication to the craft is a love for the game.

A 2004-born Harvard commit, Ben MacDonald is a prime example of what can happen when those avenues of passion and dedication intersect.

The longtime East Coast Wizard always has been a smart and talented forward, but he was never the most skilled or singlehandedly dominant player in his age group growing up.

Being the son of a Crimson hockey legend hasn’t made things any easier, as lofty, albeit unavoidable, expectations have followed him since day one.

However, it didn’t take long for the younger MacDonald to start carving a path of his own.

Now, at age 17, the self-described “late bloomer” is arguably the top ’04 prospect in New England, and the best of his young hockey career, he hopes, is yet to come. When one door closes, another opens. The same can be said about hockey seasons in New England. After wrapping up the fall schedule over the…
Read More