With teams still figuring out lineups and waiting for cuts in the USHL and NAHL to trickle back to the NCDC, play was sloppy at times, but the pace was good. The game was mostly clean, and a few players stood out. 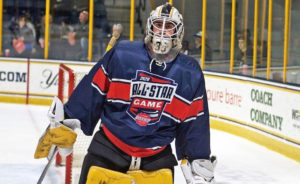 Midgets, Bantams set for new season, with USPHL NCDC and EHL on horizon

The 2020-21 hockey season is set to begin next week in the New England region. With the Boston Bruins in the midst of yet another…
Read More