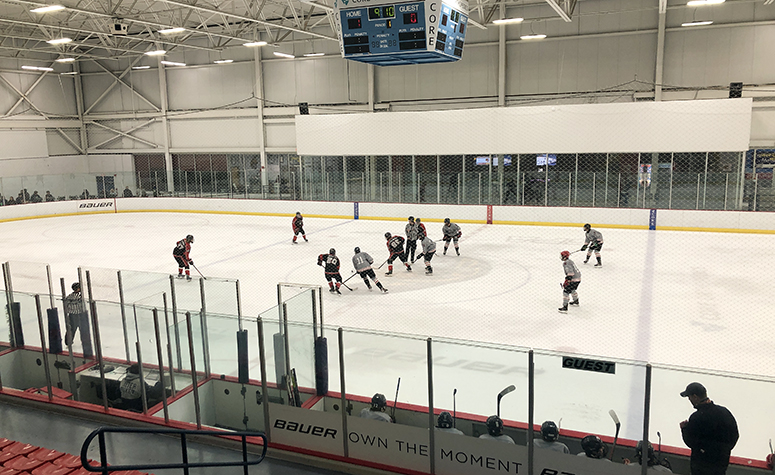 The Rinks at Exeter was the site of 14-U and other action for the River Rats Jamboree. (Jeff Cox/NEHJ)

EXETER, N.H. — Most of the top 14-U teams in New England took part in the 2020 River Rats Jamboree on Monday and Tuesday. Games at the River Rats Jamboree were played at The Rinks at Exeter, Salem ICenter, Cyclones Arena, Tri-Town Arena and the Ice Den.

The Boston Junior Eagles, Minuteman Flames and Mount Saint Charles were the top three 14-U teams in attendance at the River Rat Jamboree. All three teams have some very good prospects. Several other teams in the age bracket also had some notable performers.

While it was impossible to see every team and every game with games going on simultaneously across five rinks, I wanted to highlight the notable performers from each team I saw at the River Rat Jamboree. Below is a look at a few top players who stood out at the River Rat Jamboree 14-U Division. (Check hockeyjournal.com for other age division reports later this week.) Battle of Boston: Ranking the talent, from collegians to uncommitted prospects

CROMWELL, Conn. — Many good prospects came through the greater Hartford area for four days July 23-26 to showcase their skill and compete against peers…
Read More