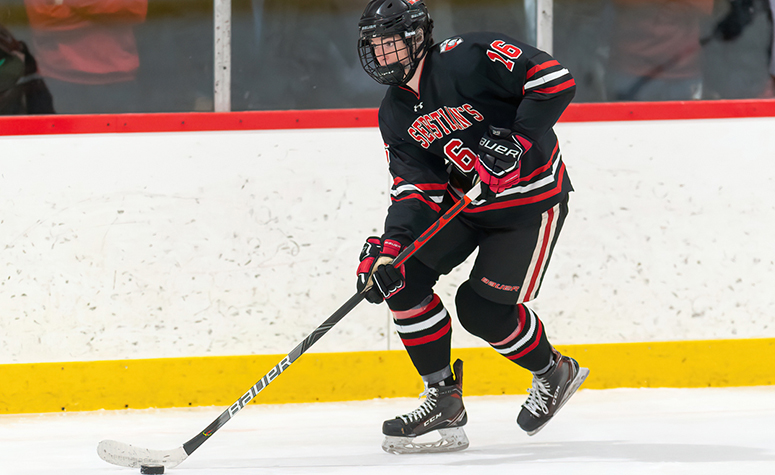 Brendan Gorman was an offensive standout for the Boston Jr. Eagles 18-U team at Nationals. (Dave Arnold/NEHJ)

ROCHESTER, Mich. — After attending the USA Hockey Nationals in Detroit and previously breaking down observations over several days of round-robin play, New England Hockey Journal ranks the 10 best players we saw live in the 18-U and 16-U divisions.

The rankings are broken down into the top 5 players we witnessed in each division, regardless of birth year or position. This is not based on who led the way statistically. Members of the teams that came away with championships are also not given greater influence on the names that appear below.

These impressions are gleaned from three full days of watching hockey and designed to recognize those who stood out in a particular snapshot in time, and not top performers over the entire six-day schedule, which included playoffs.

Let's start the list with the U-18s and Colin Kessler...