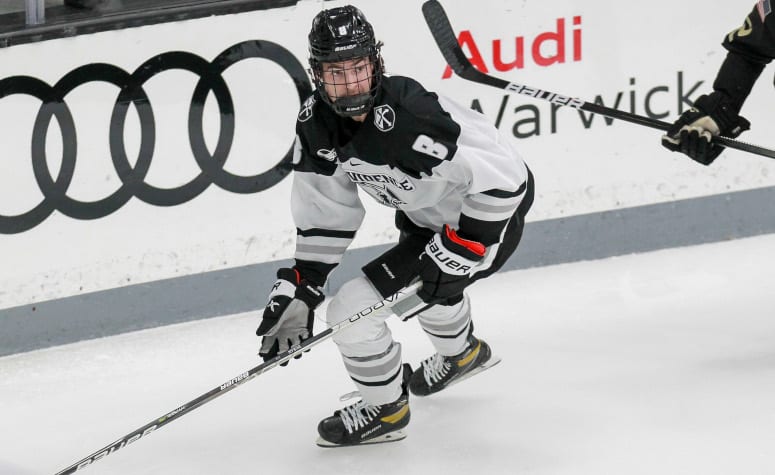 Riley Duran of Providence College will be on the U.S. team at the World Junior Championship. (Stew Milne)

Four players from New England made the U.S. National Junior Team that will compete in the upcoming World Junior Championship in Edmonton, Alberta.

Three forwards and one defenseman will skate for USA Hockey at the unique August edition of the World Juniors. The event, originally scheduled for this past December and January, was postponed, due to complications with COVID-19.

Providence left wing Brett Berard (East Greenwich, R.I.), Michigan right wing Mackie Samoskevich (Newtown, Conn.) and Harvard defenseman Ian Moore (Concord, Mass.) are 17 of the 25 members of USA Hockey’s team who are back after being slated to play at the original rendition of the 2022 WJC. Providence right wing Riley Duran (Woburn, Mass.) is one of eight newcomers to the roster.