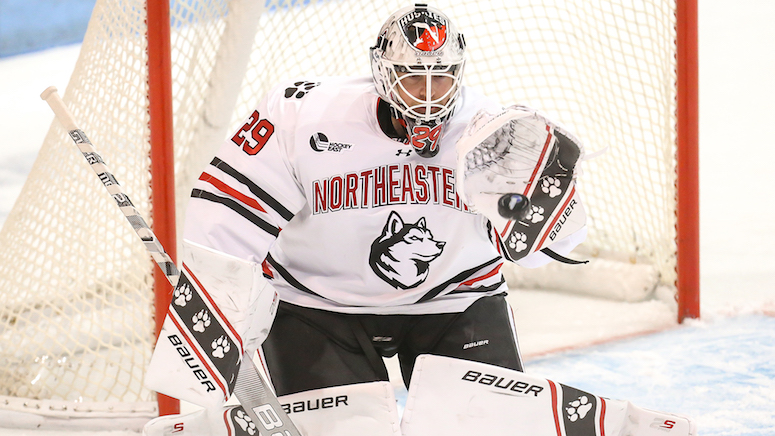 Craig Pantano is adjusting well to a new school. (Northeastern)

Experience has no substitute, especially when it comes to navigating the rollercoaster ride of a Hockey East season.

After goaltender Cayden Primeau left for the Montreal Canadiens organization following his sophomore season, Northeastern and head coach Jim Madigan were in search of experience.

Insert Craig Pantano. The Bridgewater, Mass., native had plenty of experience, making him the perfect choice to tend goal for the Huskies this season. However, he had certainly never experienced anything quite like returning to play a home-and-home against a former team, which he did Nov. 8-9.

“It was definitely special,” said Pantano, who began his collegiate career at Merrimack College, tending goal in 57 games before transferring south to Northeastern as a fifth-year graduate student. 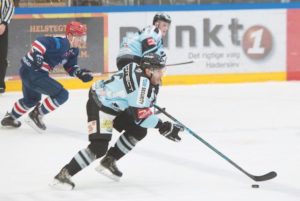 Mike Little made a big first impression when he first showed up at tryouts for the Springfield Pics. Before the drills had even started, coach…
Read More 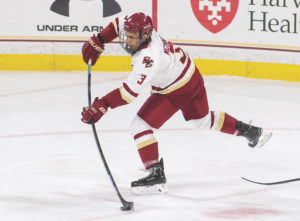 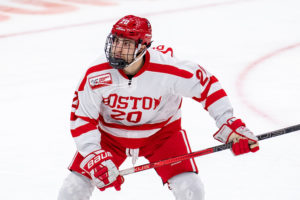