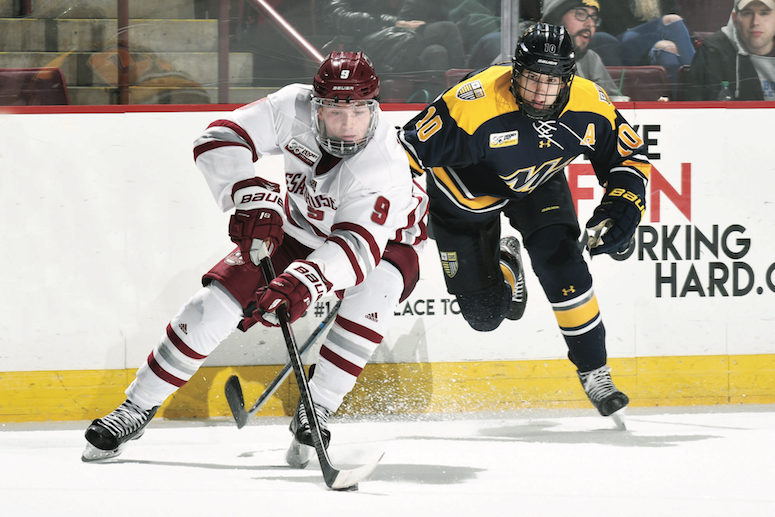 The percentage of NHL players with NCAA backgrounds has steadily grown over the years.

As programs gain attention because of improved facilities and more structured practice regimens, more elite players are taking the college route to continue their amateur development.

Because of its competitive nature, each NCAA season sees several players make the leap to the NHL and have big impacts right off the bat. Recently, Jack Eichel, Charlie McAvoy and Cale Makar have all jumped to the Show and displayed the benefits of their collegiate careers.

Now, over halfway through the NCAA season with playoff hockey looming, we take a look at a few draft picks in Hockey East who are enjoying notable seasons. 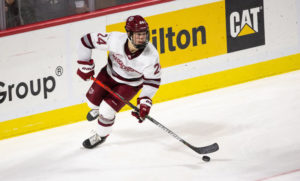 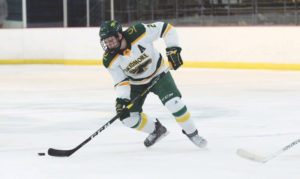 Kings and a Rook aiming at crown for Skidmore

As comfortable as defenseman Austin Rook (Shrewsbury, Mass.) looks on the ice for Skidmore College, he’s even more comfortable in the locker room. And why…
Read More 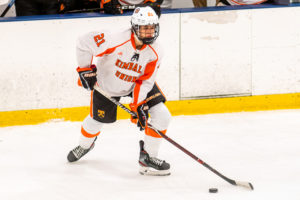