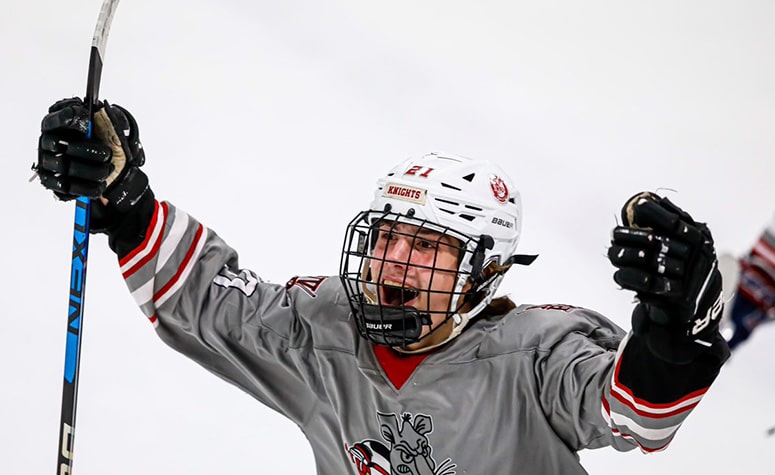 Joe Marchi was a star for the River Rats on Sunday. ((Brian Kelly/NEHJ)

The River Rats came in as the No. 2 seed, and the Militia entered at No. 5. While the Militia had a nice run in the tournament to get to the final, the River Rats had no problem showing why they were the higher seed.

Neponset Valley dominated most of the game, controlling the action and playing a lot of minutes in the Militia’s end.

Here are the standout players from the championship.