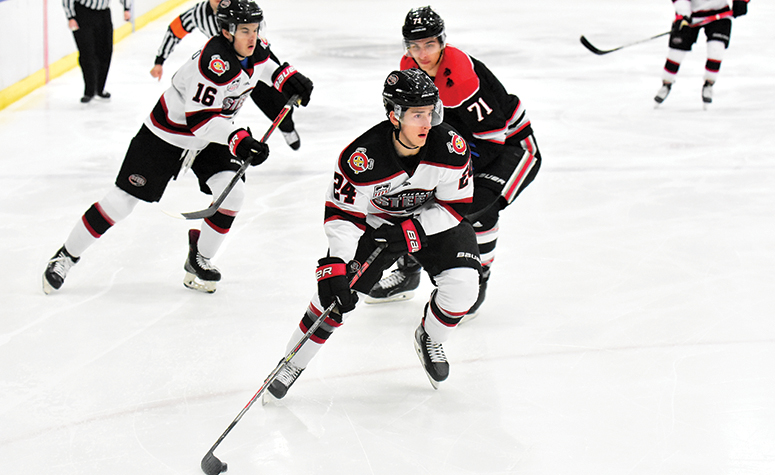 For NHL teams looking to pick up a forward with speed, skill and a high offensive ceiling in the 2021 NHL Entry Draft, Mackie Samoskevich is an enticing choice.

The Newtown, Conn. native joined fellow Nutmeg State product Scott Morrow at Shattuck-St.Mary’s School in Minnesota to play his Midget AAA hockey before jumping to the USHL with the Chicago Steel. On a team that went 79-18-4-2 from 2019-21, Samoskevich had a superb rookie year in 2019-20, but battled through injuries in his second campaign. Getting healthy in time to win the 2021 Clark Cup championship, Samoskevich put up 10 points in eight playoff games and heads to Ann Arbor this fall to play at the University of Michigan.

With Samoskevich, it's always been about his skating and offensive tools. He is at his best when leading the rush and forcing the opposition to collapse into their own end and allow clean zone entries for quality scoring chances. When it comes to pro hockey talent and potential in the 2021 NHL Entry Draft, they don’t come much more intriguing than defenseman Scott Morrow.…
Read More 2021 NHL Draft Preview: Who the Boston Bruins could target